DIY MEGAPROJECTS - adyson sphere in your living room ;;3 this is the (a) [FUTURE] that's waiting for yo u - televizion machine waiting for you is projecting data trough 525 strea ms CRT (cathode ray tube see section 2 for elaboration) onoffonoffononoffonoff HAHAHJA FDSJf coughrg so -

some sort of highway some sort of timeline where a televi-vison LOVES pain it is a masochistic machine, it broadcasts such things as the same straggot romcom for the 100th time today for fucks sake / there is something boring in straggot love , it is another sort of arrangement similar to the television channel - a single streamlined program 30min - morning routine 30min hate the wife 30min loveless sex 30min hate the wife (rerun) - you cannot skip / pay for another channel (prostitute) or keep on public channels (PBS, arranged marriage, etc.) there is in fact no love but pain here / / an alternative could mayhaps be presented in the future

fascist machines run on kkkklean power (see white power ) frenech settler hell machines (hyddro dams), and dyson spheres / / zzzzzzt zzzzzzt zzzzzzzzzzt every line is scanned per protokol creating an image ( story ) see an image composed of 525 lines (eventho about a few are cut out for closed caption and secondary signals) streamlines data into a highway 525 lanes where cars speed faster than light dzzt dzzzt as the glass becomes a surface of asphalt stretching in your living room - it is a sort of code, similar to traffick laws and marriage / do not go over the speed limit ... do not drink and drive ... do not see anyone other than your wife ... those exist on a matrix (hard drive, televizion screen/highway/straggot sex) on which binary mesures are encoded - do not... do not... do not... do... do not... do... - well how about you [do...] kiss me on the lips ? -

decoding // splicing/splitting code/dna genetics and inside you find nothing / a husk with no foundations but bodies that have been written on, what is this body like? some sort of mummy, i think its most similar to the corpse of lenin that's been morbidly preserved for the public eye for almost the last century as of writing this, i remember i saw an old video from the labs that do the preservation and it is the perfect example of a social code matrix , some sort of living code is written on the dead corpse of lenin, 'do not die...'. / he is a stunning rejection of mortality, as he 'lives on in our hearts' some sort of necromancy is performed to keep rules alive / social stasisstasistsastsisf - "it's always been done that way" you see it's somewhat like [do not...] or [do...] depending on the context and while it's always been done to preserve the corpse of lenin it's never been done to bury him / or has it? Stalin's body was originally put on display next to lenin's however it was decided to put an end to the spell and bury him in a quieter place as some of stalin's code was split away from the main soviet terminal - - 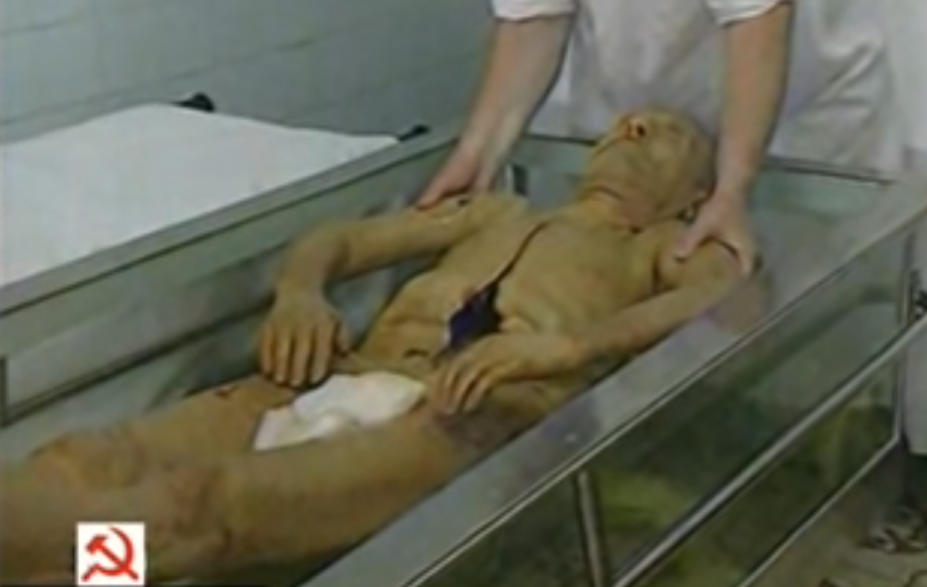 while the arranged marriage is on the televizion / and on the coffee table as some sort of shine (photons shooting down) I happen to be in the living room in the couch making out with a boy - decoding / shoving a magnet on a hard drive or decommissioning the road is very similar to you, as one path is given with the television program/ with the hard drive / with marriage - while when you are breaking the road the asphalt is being loaded on several trucks to go *somewhere else* (more on that in a later piece) the sexual act with the boy gives me multiple path s (anus, mouth, boy pussy) while the straggot gives a simple path¹ (phallus + pussy) the homosexual arrangement is more similar to a molecular/cellular apparatus (dick in the mouth, ass, bussy at the same time) such as polyamory (not all the time, sometimes the faggot chooses bussy + phallus or anus + phallus or phallus + phallus or mouth + mouth or/and mouth + mouth) faggotry works with a code more similar to or... and... or/and... or... rather than a straggot do... do not... donot... it is a decoding of a television signal into an internet signal (multiple choices, hyperlinks, etc.) rather than a list or linear program (channel list, TV program, etc) the cute twink on the couch is different from the wife in the kitchen and so on 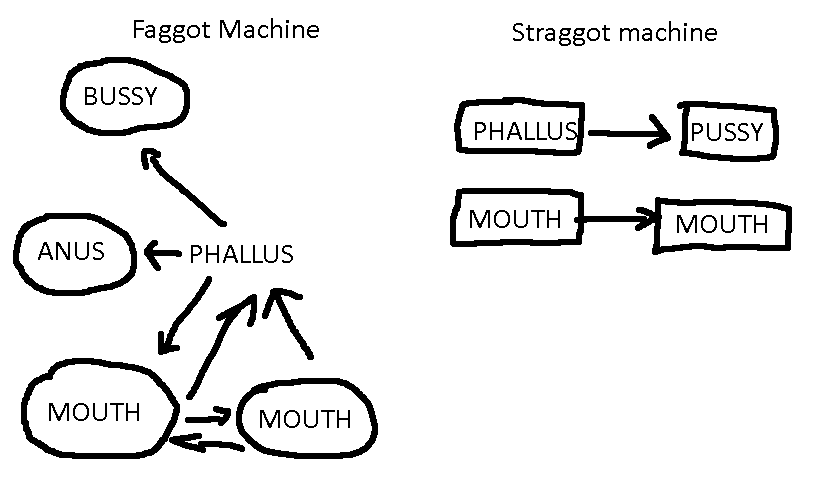 [1] author's note: the heterosexual is not neccesarily a straggot just like the homosexual is not neccesarily a faggot / straggot aligns more with the televizion program while an heterosexual could be a faggot or a sodomite and suck dick or put the phallus in an anus. the homosexual may also be recoded as a straggot (see the cis - white - gay pete buttigeg or whatever his name is)