after being written so many times - a word loses meaning. what is a HUMAN? A member of the homo-sapiens species one might say but - Weren't nehandertals HUMAN? what about de-HUMANization / is it not possible to descend from your HUMANity into animal- or even better - machinehood? faggit/its pronouns are ysed by the queers - while it is objectionable to some / to deHUMANize, has the two greatest french boys to ever do it not transcended HUMANity already ?

Daft Punk, neon pyramids, chrome helmets masking features of man , vocoded vocals reminiscent of an old voice synthesizer module - are they not - not HUMAN? Many might claim, well of course they are machines, Guy-Manuel de Homem-Christo and Thomas Bangalter are not real "people" to most, they are only Daft Punk, I am the Nomadologue, they are the Daft Punk, the golden and silver robots in nice shiny suits - no matter how anthropomorphized machine will never be man ->

A story featuring no HUMANs but instead machines - of the allure of the Daft Punk duo where man is machine and machine is man / the two main characters, silent, embark on a quest of othering, they demand to become HUMAN in a world of machines. as they travel suburbia, full of thinking machines , driving in the sleek black car, see machine acting as man and /living /breathing and eating ice cream, being citizens, the police and so on.

they reach a completely white room - ascension is what they are going for, invisible figures paint a flesh visage such of the washing machine onto the smooth surface of the helmet, the result? Two men. Hair and all, roaming a world of machines / however, as soon as they are exposed to the real world, the brand new flesh mask starts melting, falling off of the protagonist's heads, can someone not become? They end up later detransitioning in the bathroom, throwing the HUMAN face into the toilet and letting it spiral into the sewer - 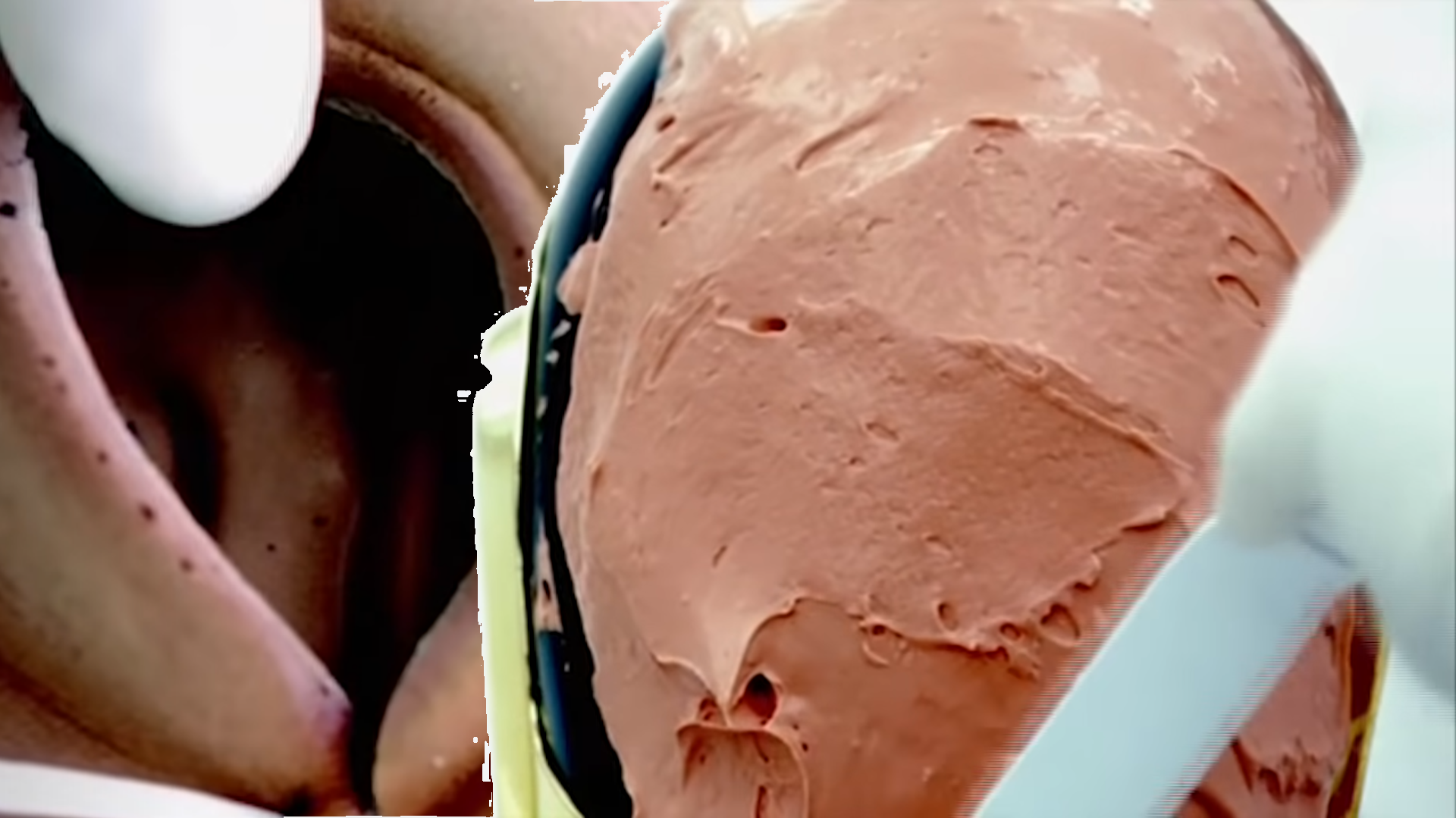 can machine become MAN or MAN become machine? No. This is the nightmare presented by Daft Punk

fortunately the HUMANist nightmare is only that - a dream / unreal and de-manifested you can de-HUMANize - as I have. I am not HUMAN, you can reject the HUMAN form- embark on a wheelchair, create unities with machines, the interface that was given to us is infinite, brain machine, hand machine, dick machine - with their power you may create an assemblage, why don't you? Pump your blood full of pronouns, not need to be a nazi - to daft punk it is only worthwhile to live as a HUMAN - what would you do if you became machine? Guy-Manuel de Homem-Christo and Thomas Bangalter would embark on a quest to re-gain HUMANity - In Electroma the meaning is double, the machine is a metaphor for MAN and the MAN is a metaphor for MAN, the goal of HUMANity is the one of the supreme being. Clearly as much as they aestheticize it, the machinic form is inferior, it is not enough for it to be a form of machines, it is "HUMAN" after all, as it has much in common with the form of MAN, diversity is not a goal, HUMANity is a totalizing force, all will become human, or perish.

At the end of Electroma, the two main characters find themselves in the desert, they have failed in their quest of HUMANization, in a moment of self awareness, they realize that they are mere machines. The scene that follows is simple, it is not worthwhile to live, if machine cannot be MAN, then the machine should not exist. The white robot turns it's back to the yellow one, removing his jacket and revealing a self destruct mechanism. Yellow activates it, and, after white is gone, kills itself. It wasn't HUMAN, after all. 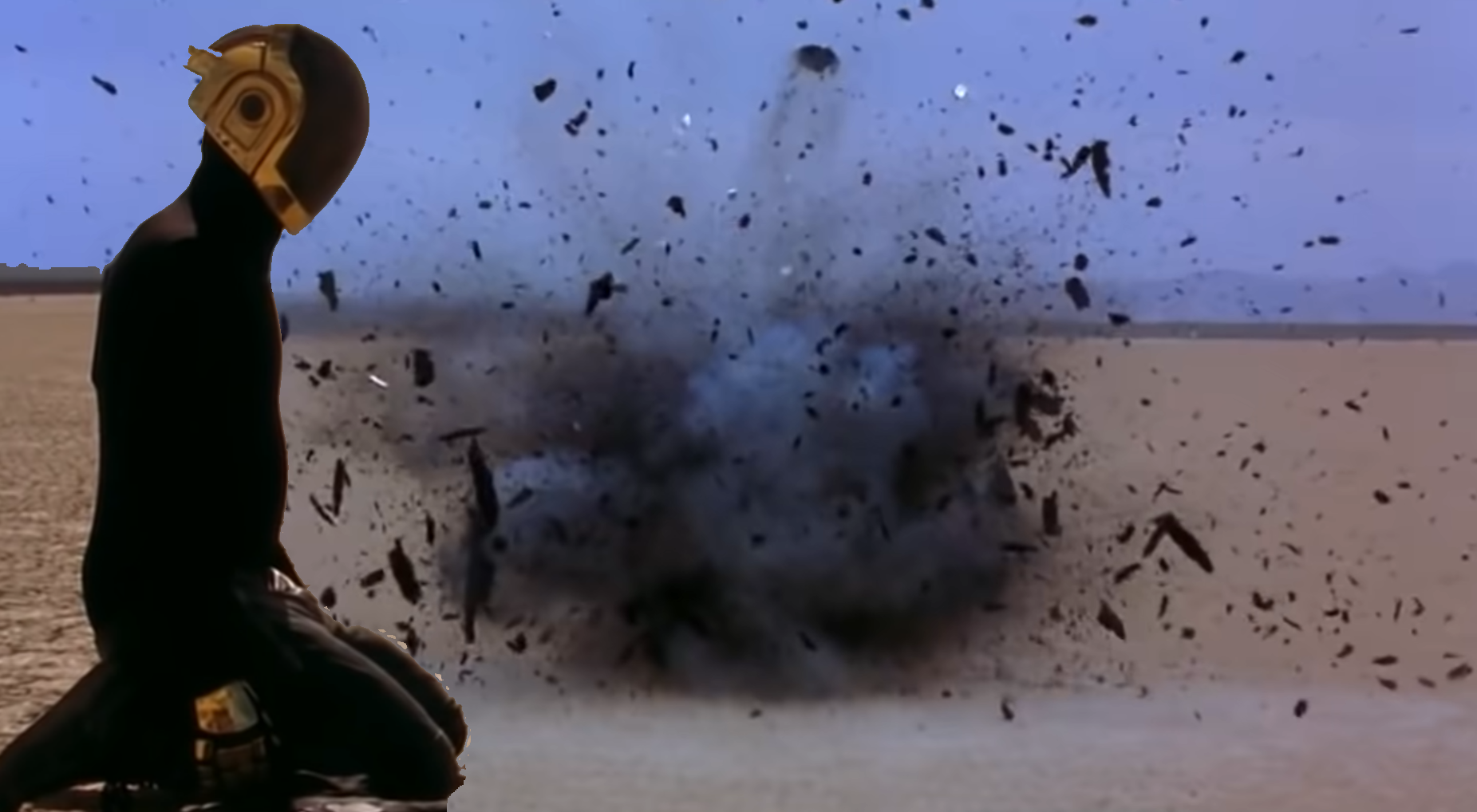